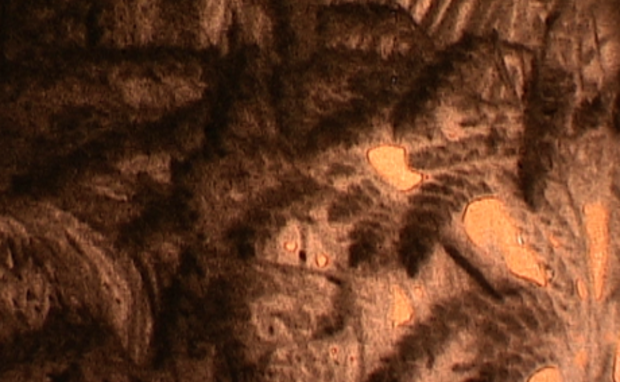 Against Cinema will be a 16mm artists’ film which dramatises moments from the lives of HG Matthews, Walter Bach, and Howard Hughes to explore hidden connections between sound, cinema, warfare, and human behaviour which is underpinned by religious concepts of failure.

In his remote Welsh laboratory, Grindell Matthews built an early optical sound camera, remote controlled drone operated on the principle of expanded optical sound technology, and a death ray. His eccentricity (always wearing black leather gloves, long black leather coat and black eye-patch in all weathers) and attempts to sell his inventions to both Axis and Allied powers during World War Two lead to his blacklisting.

Walter Bach built the Auricon Cinevoice as a camera to bypass the need for time consuming and expensive lab processes in combining sound and image. For decades the business prospered as Hollywood studios and TV networks bought Cinevoice cameras in their thousands. With the advent of domestic video the business faltered and eventually failed. His workforce dwindled, yet Bach maintained an illusion of success and security by adopting the personas and monikers of former employees on the phone and by letter.

An aeronaut, inventor, designer, polymath, and eventual famous recluse who made important contributions to film’s use in aerial combat photography, Hughes’ studio was adjacent to Bach’s factory.

Their lives and histories will be explored by taking positions against cinema: subverting technology by warping conventions of camera choreography and cinematography, employing arcane photochemical processes to challenge perceptions of perfection in the image.

Below are a series of excerpts from tests we have shot over the last two years. These should not be taken as indicative of either the film’s final form or content.

Against Cinema Live Performance Fragment from Contact Film Festival at Apiary Studios, May 2016 from James Holcombe on Vimeo.

Against Cinema: Auricon Soundtrack Exposure Test One from James Holcombe on Vimeo.

The video below was taken at the Apiary Studios on 27th May 2016 at the Contact Festival of Experimental Film and Video and is excerpted from a live iteration of Against Cinema featuring Secluded Bronte and I.